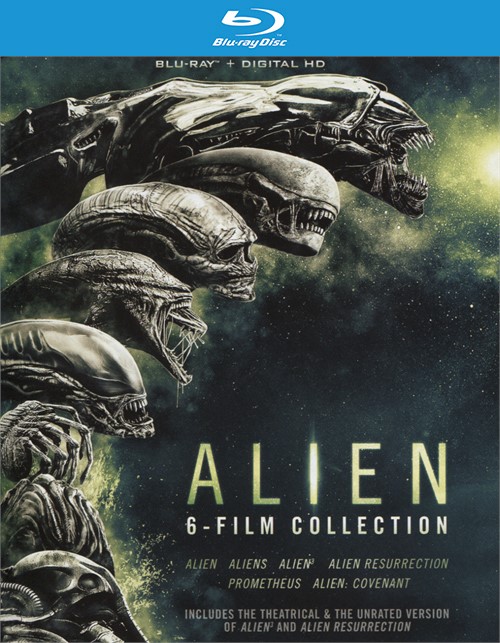 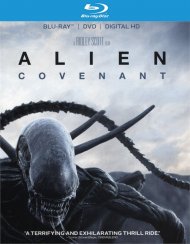 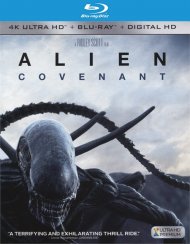 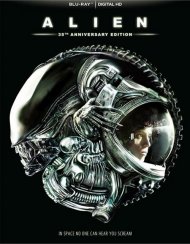 The terror begins as the crew of the space-tug Nostromo responds to a distress signal from a desolate planet, only to discover a deadly life form that breeds within human hosts.

After drifting through space in hyper sl--p for 57 years, the only survivor from the first Alien encounter accompanies a team of Colonial Marines back to LV-426... and this time it's war.

Ripley crash-lands on Fiorina 161, a bleak wasteland inhabited by former inmates of a maximum security prison, but an Alien was aboard her craft... and the body count begins to mount.

It's been 200 years since Ripley made the ultimate sacrifice, but now a group of scientists has clones her - along with the Alien queen inside her - hoping to breed the ultimate weapon.

When-a team of scientists and explorers searchers the darkest corners of the universe for the origin of human life, they encounter a terrifying threat capable of destroying mankind.

Bound for a remote planet on the far side of the galaxy, the crew of the colony ship Covenant uncovers a deadly threat beyond their imagination and must attempt a harrowing escape.