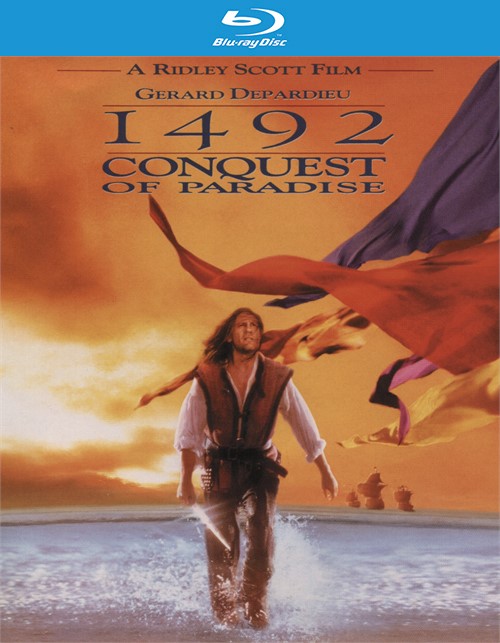 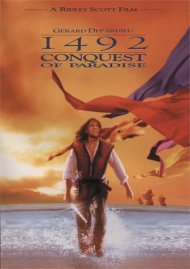 It is not enough to dream. Dreams become the stuff of history when people are bold enough to live them. 1492: Conquest of Paradise is adventure on a grand scale, filled with the dazzling visuals of director Ridley Scott (Alien, Blade Runner, Gladiator, The Martian) and starring French legend Grard Depardieu (Cyrano de Bergerac), Armand Assante (I, the Jury) and Sigourney Weaver (The Alien Quadrilogy). Depardieu plays Christopher Columbus, fearless in his vision of a new route to the East yet not faultless in the treachery and carnage his voyage would bring. The film chronicles the first two landmark voyages of his Admiral of the Ocean Sea and takes us to the brink of his third and last. Throughout, it reveals the power and passions of history in the making: bravery and blindness, triumph and despair, Old World arrogance and New World innocence. It is the Conquest of Paradise, the beginning of a new age. Two of the film's best features are the stunning cinematography by Adrian Biddle (Aliens, V for Vendetta) and original musical score by the great Vangelis (1982 Academy Award Winner: Best Music, Original Score for Chariots of Fire).

Reviews for "1492: Conquest of Paradise"