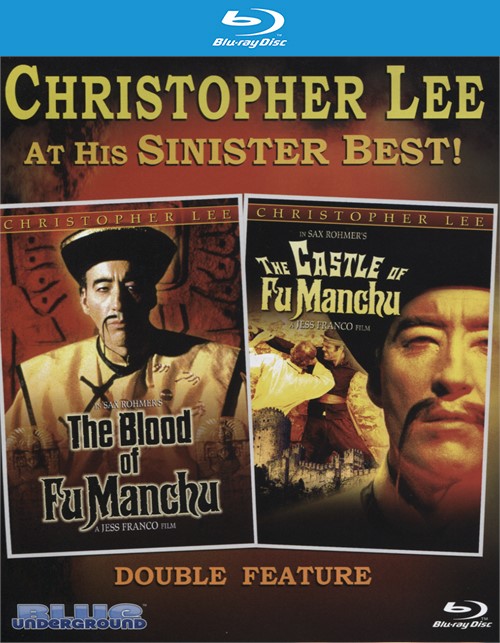 Fu Manchu is hidden with his evil daughter Lin Tang in a lost city he has found in the jungles of South America. He discovers a poison deadly for men through kiss and he abducts ten women to infect them with the poison to destroy his enemies. Then he sends one woman to London to kiss his greatest enemy, the Scotland Yard agent Nayland Smith. Nayland is blinded by the poison and his friend Dr. Petrie travels with him to the jungles in South America to seek out Fu Manchu expecting to find an antidote. They team up with agent Carl Jansen and soon they learn the scheme of Fu Manchu for world domination.

The evil mastermind Fu Manchu plots his latest scheme to basically freeze over the Earth's oceans with his diabolical new device. Opposing him is his arch-nemesis, Interpol's very British Dr. Nayland Smith.

Reviews for "Blood of Fu Manchu/Castle of F"