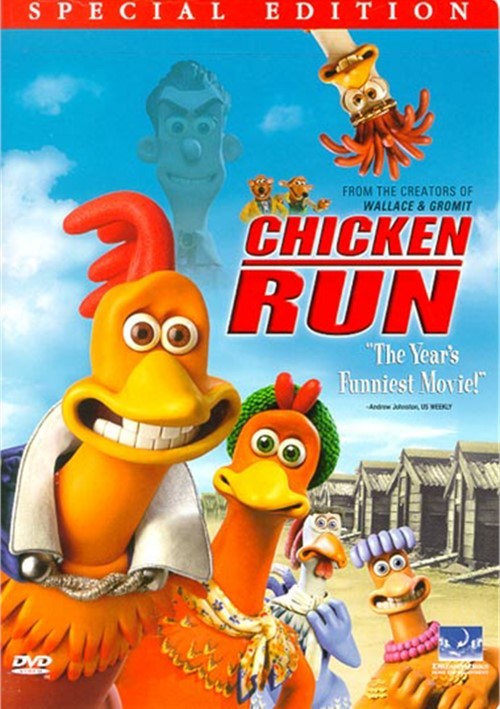 Unlike anything ever seen on the big screen, Chicken Run is the year's most original comedy hailed by critics and audiences alike as "magical entertainment for all ages!" (Roger Ebert, Roger Ebert & The Movies)

While the chickens on evil Mrs. Tweedy's farm dream of a better life, a clever hen named Ginger is hatching plans to fly the coop - for good! It's hardly poultry in motion when Rocky attempts to teach Ginger and her fine feathered friends to fly... but, with teamwork, determination and a little bit o' cluck, the fearless flock plots one last daring attempt in a spectacular bid for freedom!