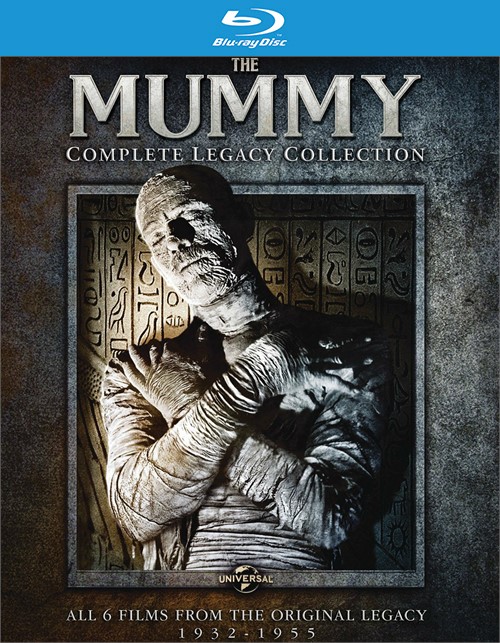 The original Mummy is one of the silver screen's most unforgettable characters and, along with the other Universal Classic Monsters, defined the Hollywood horror genre. The Mummy: Complete Legacy Collection includes all 6 films from the original legacy including the terrifying classic starring Boris Karloff and the timeless films that followed. These landmark motion pictures defined the iconic look of the ancient Egyptian monster and continue to inspire countless remakes and adaptations that strengthen the legend of the Mummy to this day.