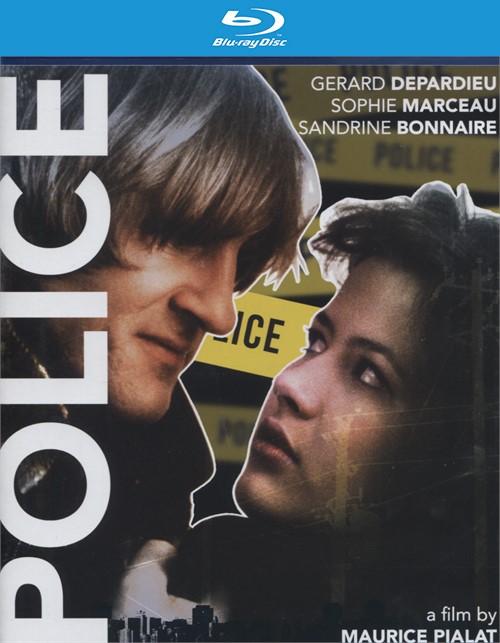 Gerard Depardieu (1990) is cast as a tough French detective in Maurice Pialat's romantic drama Police. Depardieu, praised by Sight and Sound in what they called "one of his strongest performances," portrays Louis Mangin, a policier known for his hard-nosed interrogation tactics. His code of honor will be tested when he finds himself attacted to a drug dealer's girlfriend (sophie Marceau, Beyond the Clouds) who is also a suspect in a drug snuggling syndicate. Police, directed by Maurice Pialat (A nos amours) from a screenplay by Pialat, Catherine Breillat, Sylvie Danton and Jacques Fieschi, features supporting performances by Sandrine Bonnaire, Richard Anconina and Pascale Rocard.