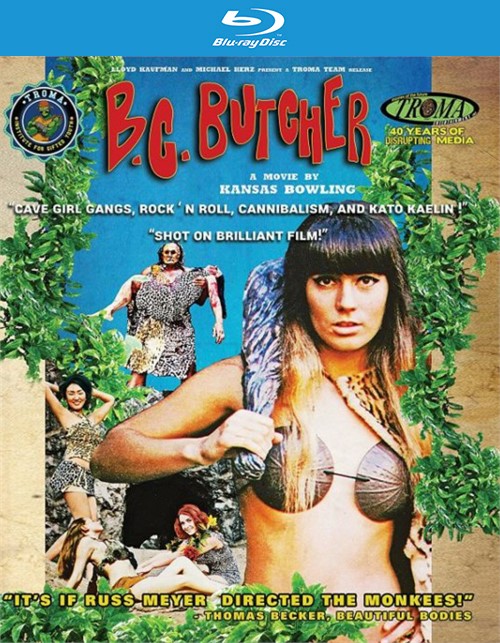 B.C. Butcher is the paleo-party horror movie of the stone-ages!

When a tribe of hot cave women impart cruel, violent justice onto one of their own and leave the dead cave girl's body tied to a tree, their fate takes a turn for the worse! Stalked by a hideously deformed, giant, pre-historic monster called B.C. Butcher, the cave women are violently destroyed one by one despite warnings by the tribe's blind prophetess. Who will save them?

B.C. Butcher is hailed as the first pre-historic slasher film! Shot on brilliant 16 mm film, the movie features O.J. Simpson trial star Kato Kaelin, a cameo from Rodney (The Mayor of Sunset Strip) Bingenheimer (KROQ Radio), narration by Kadeem Hardison and a rock-n-roll performance by California band, The Ugly Kids. Club yourself with prehistoric horror and hilarity - Your eyes will pop! Your loincloth will drop!