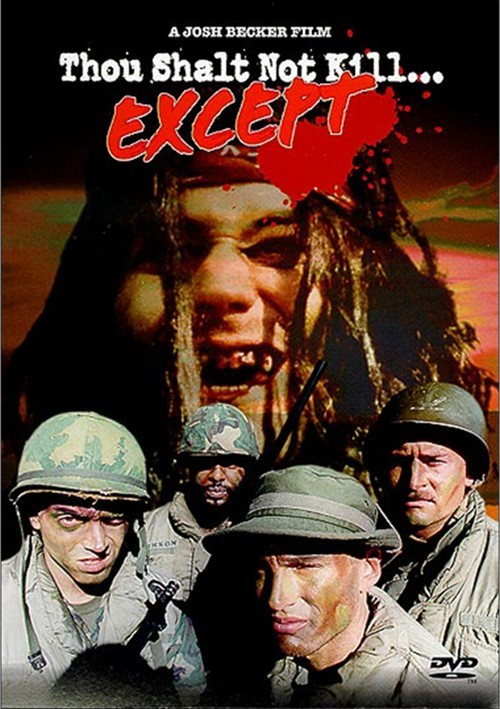 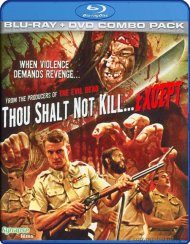 "What would happen if Charles Manson met Rambo?" - Variety

Vietnam, 1969. Marine Seargent Jack Stryker and his platoon are trapped outside a Viet Cong occupied village when he catches two bullets in the leg. Stryker's friend hoists him onto his back and the two men blaze through the village blowing away everything in their path.

Upon returning home, Stryker plans to see Sally, his old girlfriend, and recreate the love and peace he once knew. After hours of waiting for her, he goes to her house to find that a cult of crazed killers with a vicious leader (played by The Evil Dead director Sam Raimi) have kidnapped Sally and murdered her grandfather by using him as a human dartboard.

Stryker and his marine friends, who are home on leave, form an annihilation squad and begin a mission of ruthless revenge. This is one time when the death sentence would be merciful compared to the doom that awaits the cult.

Directed by Josh Becker, Thou Shalt Not Kill...Except features many of the people responsible for The Evil Dead including Ted Raimi, Bruce Campbell (co-writer) and Scott Spiegel (writer/producer).

Review "Thou Shalt Not Kill...Except"

Reviews for "Thou Shalt Not Kill...Except"