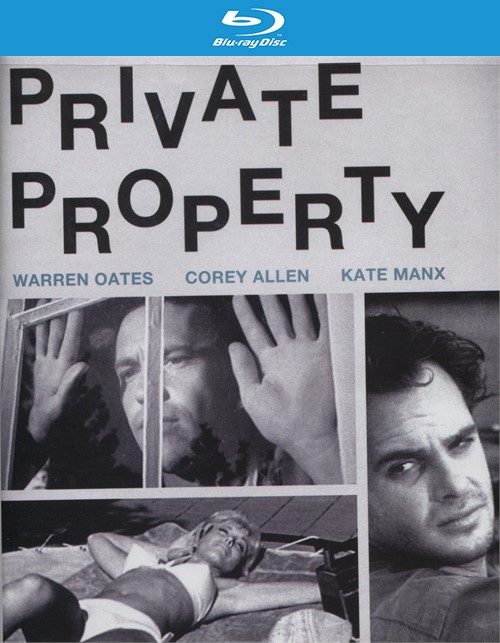 Two homicidal drifters (played to creepy perfection by Warren Oates and Corey Allen) wander off the beach and into the seemingly-perfect Los Angeles home of unhappy housewife Kate Manx, in this long-lost California noir written & directed by The Outer Limits creator Leslie Stevens. Lensed in stunning B&W by master cameraman Ted McCord (The Treasure Of The Sierra Madre), Private Property is both an eerie, Jim Thompson-esque thriller and a savage critique of the hollowness of the Playboy-era American Dream. Warren Oates delivers his first screen performance here, years before he emerged in The Wild Bunch and Two-Lane Blacktop as one of the finest character actors of his generation; his bizarre Lennie-and-George relationship with the underrated Corey Allen (James Dean's hot rod rival in Rebel Without A Cause) is fueled by a barely-suppressed homoerotic tension. Director Stevens (a protege of Orson Welles) and lead actress Manx were married at the time, and the film was shot in their home; several years later, Manx tragically committed suicide and her fragile spirit seems to hang over the film.