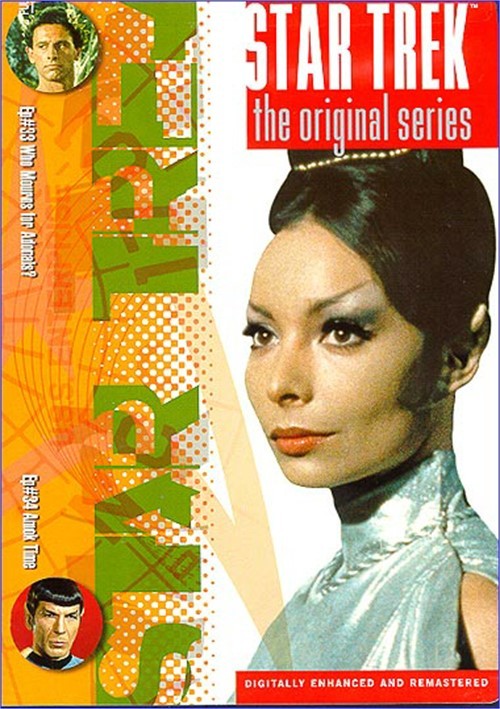 Who Mourns For Adonais?: (Episode 33)

The U.S.S. Enterprise encounters a giant hand in space, which leads the starship to Pollux IV. Here, a humanoid identifies himself as Apollo (Michael Forest), last of the Olympic gods. He has brought the U.S.S. Enterprise and crew "home" to become shepherds and to worship him. Apollo hurtles thunderbolts and exhibits superior strength, locking the U.S.S. Enterprise in a f-rce field that seems indestructible. Will Kirk and his crew be held captive here for the rest of their lives?

It's Spock's time of Pon farr - the Vulcan mating cycle. McCoy informs Kirk that Spock will die unless they immediately divert to Vulcan, his home planet. There T'Pring (Arlene Martel), Spock's arranged bride, chooses the rite of combat, f-rcing Spock to fight to the death for her. But she selects Kirk as her champion.