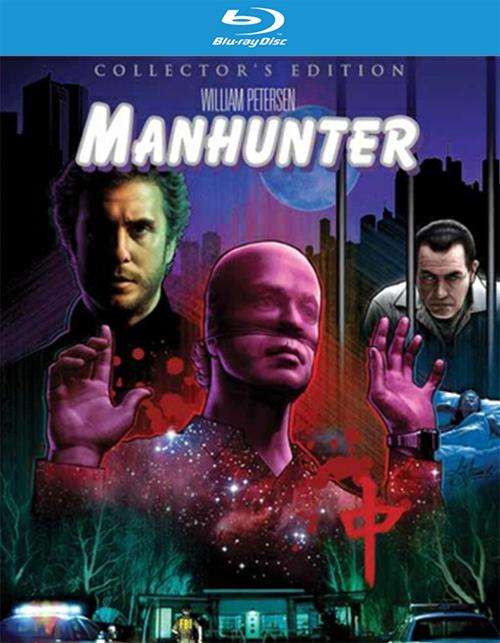 Former FBI profiler Will Graham (William Petersen, To Live And Die In L.A., CSI: Crime Scene Investigation) reluctantly returns to his old job to track a horrific serial killer known as "The Tooth Fairy." But in order to get into the mind of this maniac, Graham must face another: Hannibal Lecktor (Brian Cox, X-Men 2, Red), the imprisoned psychiatrist whose own insanity almost cost Graham his life... and whose insights into "The Tooth Fairy" could prove as dangerous as the killer himself.

Tom Noonan (Heat, Robocop 2), Joan Allen (The Bourne Legacy), Dennis Farina (Get Shorty), Kim Greist (Brazil) and Stephen Land (Avatar) co-star in this gripping thriller from director Michael Mann (Heat, Miami Vice) and adapted from the novel Red Dragon by Thomas Harris. Manhunter is one of the most unnerving serial killer movies ever made.