Lizard In A Woman's Skin, A 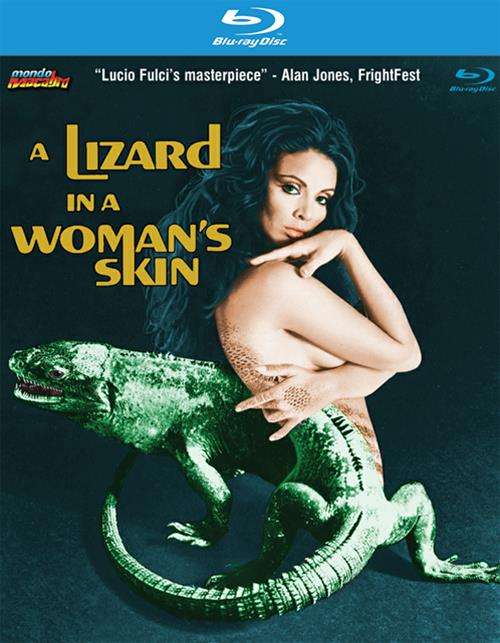 Lizard In A Woman's Skin, A

Mondo Macabro is very proud to present A Lizard In A Women's Skin, released in HD on Blu-ray for the very first time in North America. Carol Hammond, the frustrated wife of a successful London lawyer, is having bizarre, erotic dreams about her uninhibited neighbor, Julia Durer, who presides over noisy, sex and drug filled parties in the house next door. One night, Carol's dreams culminate in violent death and she wakes to find her nightmares have become reality - Julia has been murdered and Carol is the main suspect. This frightening discovery is just the beginning of a labyrinthine psycho sexual shocker which takes the viewer on a wild ride through a series of frequently breathtaking set pieces that set new standards for the Italian thriller.

This first US Blu-ray release of the film, taken from the original negative, is the longest, uncut version currently available and comes with a host of exclusive extras. Directed by controversial film maker Lucio Fulci (The New York Ripper, House by the Cemetery, Zombie), A Lizard in a Woman's Skin is considered by many critics to be his finest achievement.

Review "Lizard In A Woman's Skin, A"

Reviews for "Lizard In A Woman's Skin, A"