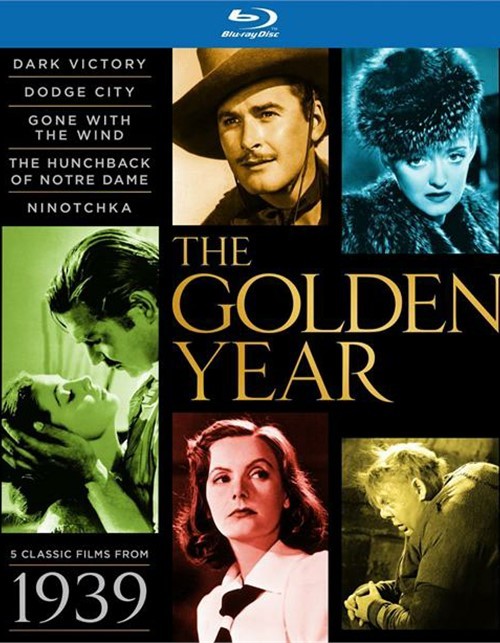 In his first of eight Westerns, Errol Flynn is as able with a six-shooter as he was with a swashbuckler's sword, corralling corruption in the lawless town of Dodge City.

Gone With The Wind

Period romance. War epic. Family saga. Popular fiction adapted with crowd-pleasing brilliance. Star acting aglow with charisma and passion. Moviemaking craft at its height. These are sublimely joined in the worlds "Gone with the Wind."

The Hunchback Of Notre Dame

With huge sets, rousing action scenes and a versatile throng portraying a medieval Paris of cutthroats, clergy, beggars and nobles, "The Hunchback of Notre Dame" remains one of Hollywood's all-time grandest spectacles.

"Garbo Laughs!" cheered the publicity for Greta Garbo's first comedy, a frothy tale of a dour Russian envoy sublimating her womanhood for Soviet brotherhood until she falls for a suave Parisian man-about-town (Melvyn Douglas).

Reviews for "Golden Years Collection, The: "