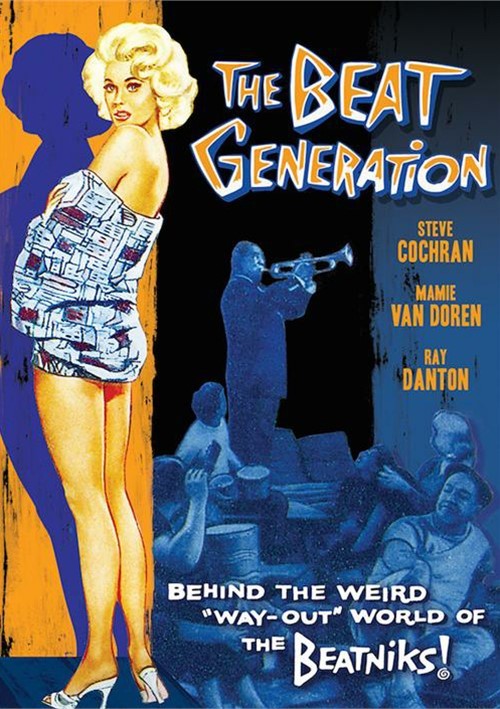 By the end of the 1950s, Hollywood's fascination with bongo-beating, poetry-spouting Bohemians was waning. With ~The Beat Generation, co-writers Richard Matheson (Duel, I Am Legend) and Lewis Meltzer (The Man With the Golden Arm~~) seized an opportunity to playfully mock the pseudo intellectual by using the beatnik world as a backdrop for their detective story - at turns a potboiler and an exploration of the criminal mind.

Steve Cochran stars as Dave Culloran, a woman-hating cop who has much in common with the serial rapist (played by Ray Danton) he is pursuing. The paths of the black-hearted cop and the black-gloved stalker converge when Culloran's wife (Fay Spain) is assaulted by the criminal, becomes pregnant and, not knowing which man is the father, must decide whether or not to keep the baby.

In its final act, the grim drama takes an unexpected detour into slapstick, as Culloran pursues the culprit through a Beatnik hootenanny, and must navigate through a bizarre assortment of counter-culture stereotypes.

In addition to featured cameos by trumpeter Ray Anthony and popular personality Vampira, this Albert Zugsmith production includes musical cameos by Louis Armstrong and his All-Stars and early pop star Dick Contino (playing guitar, rather than his usual accordion).

Reviews for "Beat Generation, The"