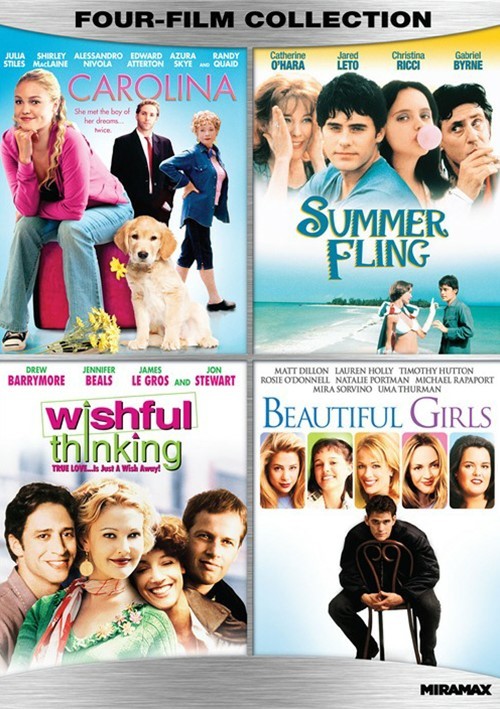 A young woman (Julia Stiles) tries to escape the eccentric ways of her wacky Southern family and meet the man of her dreams - a nice, normal, available guy. Finding him appears easier said than done until she meets a handsome and debonair Englishman. As funny and charming as Sweet Home Alabama, this Southern belle is sure to sweep you off your ever-loving feet!

June has arrived, and Frankie (Jared Leto) is sure he's blown his exams... along with his one shot at getting into college. But before the test results hit, he'll have a wild time pursuing this summer's major goals: planning the ultimate beach bash... and getting better acquainted with the babes in bikinis he's admired from afar!

Max and Elizabeth (Jennifer Beals) have been living together for years. But when it becomes clear that he's not ready to get married, she becomes more and more withdrawn... until Max is convinced that Elizabeth is fooling around on the side. Then as Max's suspicion grows, sexy Lena (Drew Barrymore) further complicates matters by stepping in with a hilarious scheme to win him over!

Willie (Timothy Hutton), Tommy (Matt Dillon), and Paul (Michael Rapaport) - old friends celebrating their ten-year high-school reunion - may have lost a bit of their youth, but they're still ready to party with Uma Thurman, Rosie O'Donnell, Lauren Holly and Mira Sorvino - the "beautiful girls" who've turned their world upside down. A must-see comic delight that's sure to entertain you!