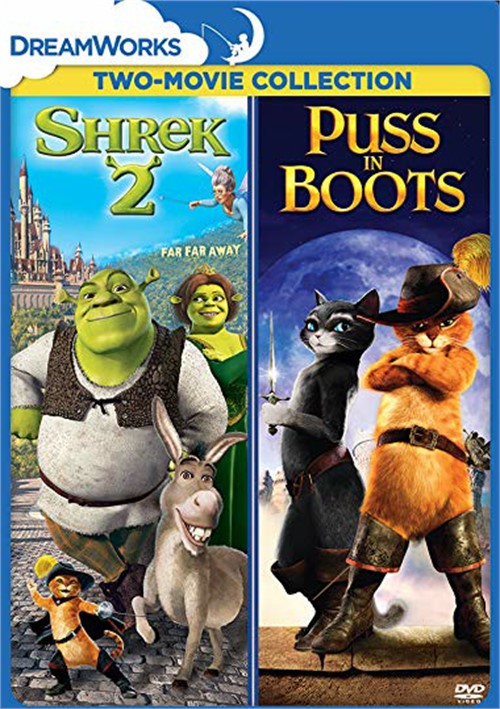 Shrek 2, happily ever after never seemed so far far away when a trip to meet the in-laws turns into another hilariously twisted adventure for Shrek and Fiona. With the help of his faithful steed Donkey, Shrek takes on a potion-brewing Fairy Godmother, the pompous Prince Charming, and the famed ogre-killer, Puss In Boots, a ferocious feline foe who's really just a pussycat at heart!

Puss in Boots, you loved him in Shrek... now see where the one-and-only swashbuckling feline found his fame - and a very big pair of boots - in the "hilariously funny" (Associated Press) animated epic! Lover, fighter and outlaw Puss In Boots (Antonio Banderas) is off on the adventure of his nine lives as he teams up with Kitty Softpaws (Salma Hayek) and Humpty Dumpty (Zach Galifianakis) for the ultimate showdown with the notorious Jack and Jill (Billy Bob Thornton and Amy Sedaris). Here's the true story of The Cat, The Myth, The Legend - Puss In Boots!