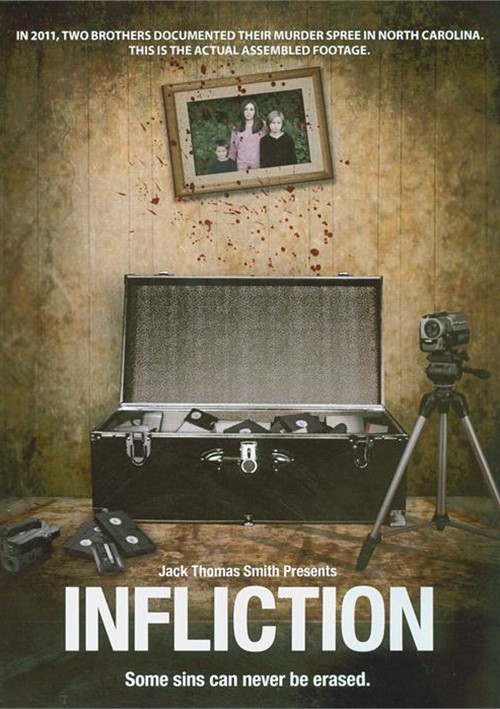 Some sins can never be erased.

Feature film director Jack Thomas Smith's current project he calls Infliction is the actual assembled footage taken from the cameras belonging to two brothers, who documented a murder spree in North Carolina in 2011. The footage reveals in disturbing detail their actions and motives. It documents the effects of people's actions or inactions and its long-term consequences on other's lives. Infliction Presents in cold detail a hard look at the blurred line between society's criminals and victims.

"How Does It Feel?" Music Video from Purple Pam & The Flesh Easters