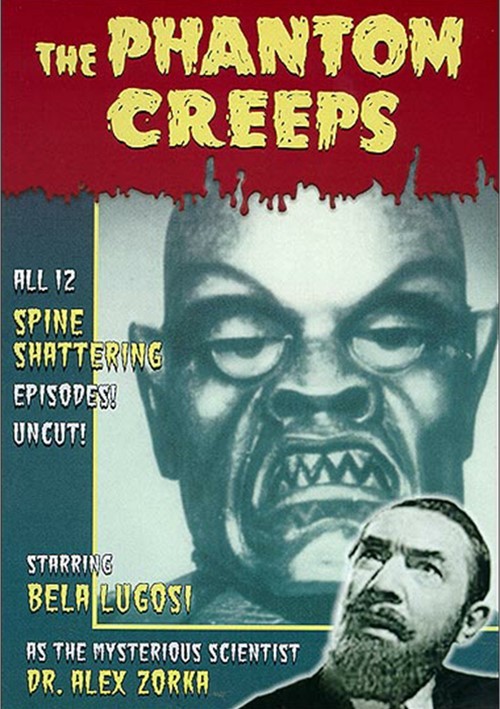 Motion picture serials form the 20's to the 50's were short adventure films that played before the feature attractions. Genres included horror, sci-fi, mystery, superhero, western among others. They were played over 10-15 episodes in order to entice the audience back to the theatre the following week. Serials were known as "cliffhangers" because each episode would leave the viewer hanging in suspense, always "to be continued" until the serial's conclusion months later.

One of the most memorable serials of the 1930's was The Phantom Creeps (1939). Bela Lugosi stars as Dr. Alex Zorka, a mad scientist, who conducts bizarre experiments in a secret laboratory with this assistant, Monk, an ex-convict. Dr. Zorka's inventions are sought after by the U.S. Government as well as hostile spies. The source of his inventions' power is a meteorite fragment he discovered in Africa, containing a source of limitless energy. Hokie, entertaining, and funny by today's standards, The Phantom Creeps is a classic example of the bygone era of Saturday matinees at the local movie house. All 12 episodes are presented here in their original unedited version.

Reviews for "Phantom Creeps, The"