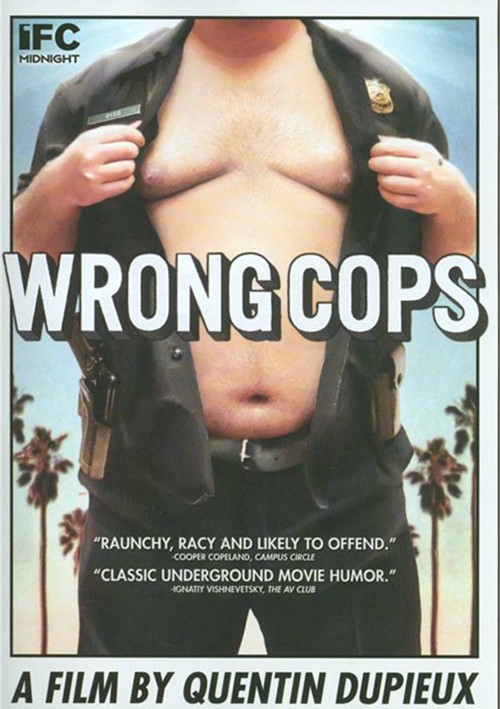 Officer Duke has a bit of a problem: he accidentally shot a man while holding a teenager (Marilyn Manson) captive, and now he's storing the body in the trunk of his car. Luckily Office Duke fits right in with the rest of the local police f-rce, who really couldn't care less about solving crimes and are much more interested in petty theft, blackmailing their colleagues, soliciting prostitutes, sexually harassing the community, and starting careers in electronic music. So they probably aren't going to be all that helpful when it comes to dealing with that body in the trunk anyway. Director Quentin Dupieux's (Rubber, Wrong) absurdist ensemble comedy Wrong Cops "does what underground movies used to do by giving the viewer the sense that what they're watching is thoroughly wrong in both behavior and style." -Ignatiy Vishnevetsky, The AV Club