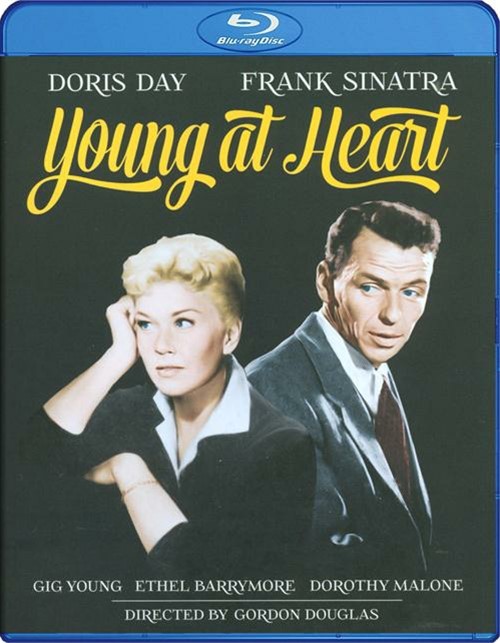 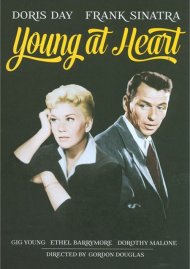 Young At Heart centers on a family headed by a music-loving patriarch (Robert Keith, Men In War) and his musically inclined daughters looking for romance. Doris Day (That Touch Of Mink) playas the youngest daughter Laurie, and Gig Young (City That Never Sl--ps) plays Alex Burke, a likable composer who comes for an extended visit and eventually wins the hearts of all three sisters. Frank sinatra (Come Blow Your Horn) playas Barney Sloan, a cynical songwriter hired by Alex to do arrangements for an upcoming Broadway show. The praiseworthy cast also includes Dorothy Malone (The Tarnished Angels) and Elisabeth Fraser (So Big) as the older sisters, Ethel Barrymore (Portrait Of Jennie) as the family's matriarch and Alan Hale, Jr. (TV's Gilligan's Island) as Robert Neary, a successful businessman engaged to the oldest daughter (Malone). The first screen pairing of "Old Blue Eyes" and "America's Sweetheart" will have your heart smiling and your toes tapping with timeless tunes by the Gershwin brothers. Cole Porter and Johnny Mercer. Young At Heart was directed by Gordon Douglas (Only The Valiant) and beautifully shot in color by the great Ted D. McCord (The Sound Of Music, East Of Eden).

Reviews for "Young At Heart"