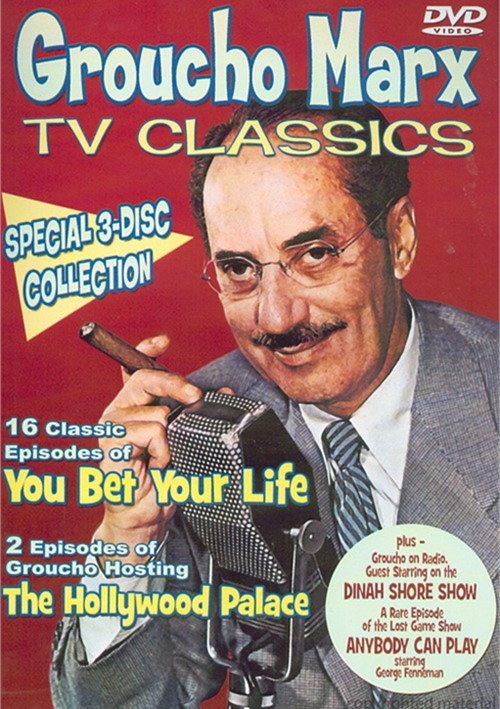 When the Marx Brothers retired as a team in the 1940s, Groucho (sans his famous greasepaint mustache) began a solo career, first in radio, then in the new medium of television. From 1950 to 1961, Thursday nights found most American families gathered around their TV sets for a half-hour of unpredictable fun with You Bet Your Life, hosted by the master of ad-lib, Groucho Marx. Although it was a quiz show with players answering questions for money (and winning an extra $100 if they happened to say that week's secret word), the real entertainment came from Groucho's quick witted exchanges with the game's contestants and with his hapless announcer and straight man George Fenneman.