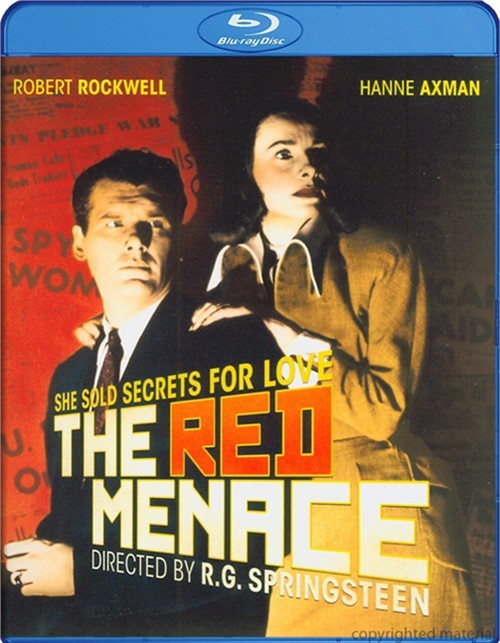 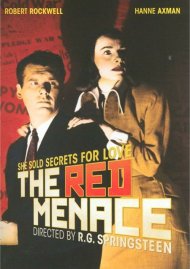 Taken seriously by only a few, The Red Menace still caused a sensation with its anti-Communist propaganda. When a disgruntled ex-soldier (Robert Rockwell) gets no help from the Veteran's Bureau, he is ripe for the influences of Communists who lead him down the party line. But he soon meets up with disillusioned party members who attempt to break out.

Fear of Communism, ultimately brought to a peak by the McCarthy Hearings, swept post-war America. A divided Hollywood scurried to pledge their allegiance - and cash in on the furor. I Married A Communist, Big Jim McLain and other inflammatory warnings came to the screen. Leading the way was The Red Menace, the first full-length film concerning Communist infiltration in Amerce. Overseen by Republic studio chief Herbert Yates, the film's production was shrouded in secrecy. Fathom's Deep was the working title, but the word on the street was that it had something to do with Communism in the USA. Like other films of its era, the documentary styled The Red Menace was a message movie that crossed over into flat out propaganda. Still, it is an intriguing, well-made reminder of a tumultuous time. Stylishly directed by R.G. Springsteen (Waco).

Reviews for "Red Menace, The"