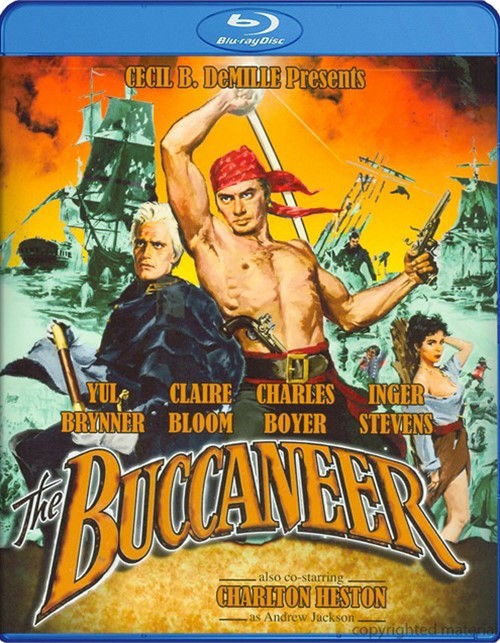 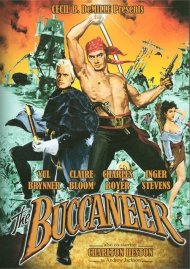 Cecil B. DeMille was set to direct a remake of his 1938 swashbuckler classic, The Buccaneer, when he suddenly fell very ill and his son-in-law and screen legend, Anthony Quinn jumped in and took over the directorial duties... this was the first and only film directed by Quinn. Yul Brynner plays the debonair pirate Jean Lafitte who historically aided General Andrew Jackson (Charlton Heston) against the British during the War of 1812. Lafitte has been carrying on a discreet love affair with Annette Claiborne (Inger Stevens), the daughter of governor William Claiborne (E.G. Marshall) who promises to pardon the pirate and his men. The stellar cast includes Charles Boyer as Lafitte's right hand man and Claire Bloom as the daughter of a rival pirate. Credited as Supervising executive producer, this was Cecil B. DeMille's final film; he died shortly after its release.

Reviews for "Buccaneer, The"