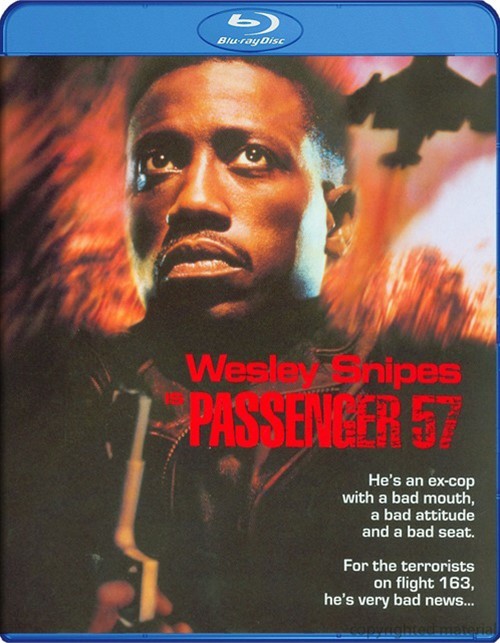 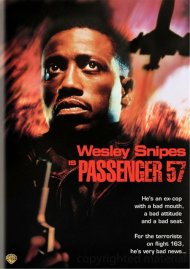 He's an ex-cop with a bad mouth, a bad attitude, and a bad seat. For the terrorists on flight 163, he's very bad news.

Air travel is safest, the FAA says. But the FAA never figures the risk with Charles Rane on board. "The Rane of Terror" has masterminded four terrorist attacks. Soon there will be a fifth - and that's bad news for passengers on Flight 163. But there's good news too: the man in seat 57!

Wesley Snipes (U.S. Marshals, Demolition Man) earns his wings in this exciting airborne adventure. He plays John Cutter, an undercover security operative who enters the lavatory and exits to find Rane (Bruce Payne) and his gang have taken over. Cutter's next move is clear. Do or be done to. If you seek action, Passenger 57 is the only way to fly!