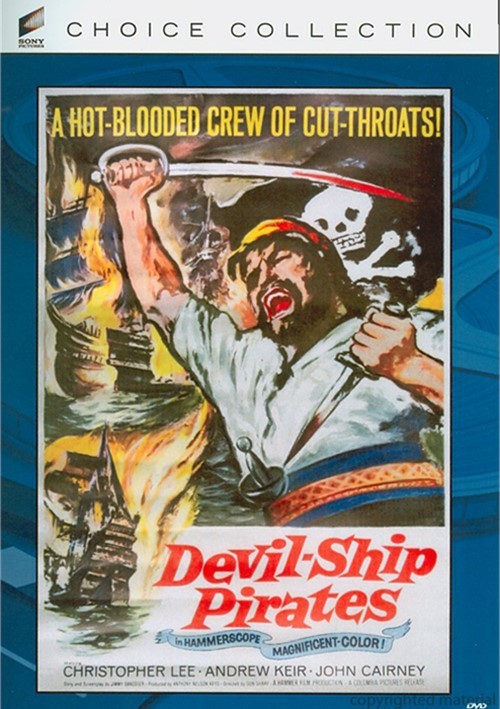 From the legendary production company Hammer Films. The pirate ship Diablo, a member of the Spanish Armada and damaged from battle, pulls into a port on the British coast. Realizing that the town is small and isolated, the ship's ruthless captain, Robeles (Christopher Lee, The Lord Of The Rings trilogy), and his crew convince the townspeople that the British fleet has been defeated, and that they now rule England. While the town acquiesces at first, they soon bring their f-rces together and begin to revolt.

Reviews for "Devil-Ship Pirates, The"