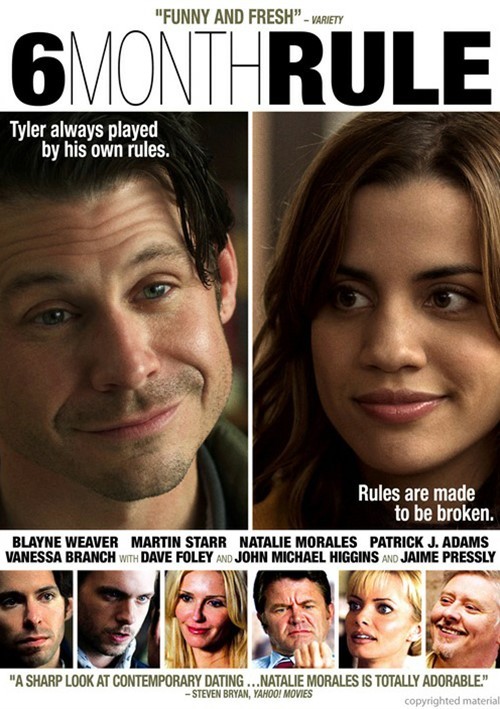 Rules are made to be broken.

Writer-director Blayne Weaver stars as Tyler, a womanizing single man who lives by a philosophy that allows him to avoid making any significant connections with the women he encounters. Boasting that he never stays in a relationship for more than 6 months, his bravado in fact masks a fear of emotional attachment. His best friend Alan (Martin Starr, Freaks & Geeks, Adventureland) has just become his main project, as Tyler tries to teach his buddy all about the joys of cold-hearted bachelorhood. But when he keeps bumping into an alluringly fascinating woman (Natalie Morales), he discovers that no philosophy is set in stone. With a uniquely subjective point of view, 6 Month Rule provides a romantic, charming, and poignant examination of modern relationships.