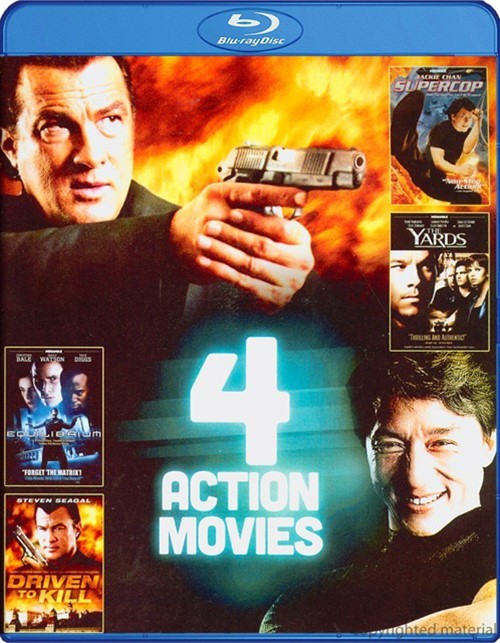 Jackie Chan is undercover and out of control on a high-stakes mission to take down a drug lord. There's no job too tough for this hero - he'll do whatever it takes to uphold justice.

Recently released from prison, Leo (Mark Wahlberg) finds himself unwittingly drawn into a world of sabotage, high-stakes payoffs and even murder.

In a futuristic society, the top enf-rcer (Christian Bale) misses a dose of an emotion-blocking drug and begins to realize that things are not as they seem.

Ruslan, a former Russian mobster, must return to his dark past when his daughter is brutally attacked hours before marrying the son of a powerful family rival. With rage only a father's love can match, Ruslan will stop at nothing to bring justice.