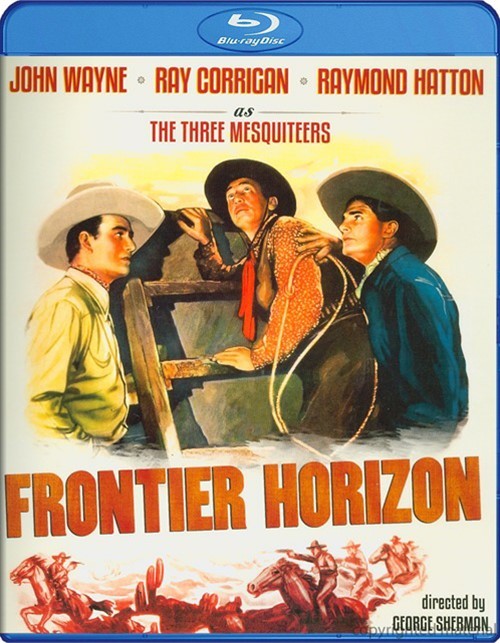 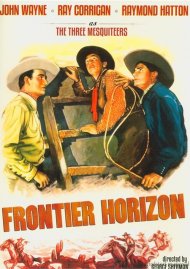 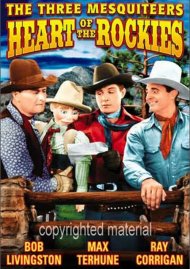 The Three Mesquiteers was the umbrella title for a series of fifty-one B-westerns released between 1936 and 1943. The films featured the characters Stony Brooke, Tucson Smith and Lullaby Joslin as the threesome, played by many B-western stars of that era. In 1938, John Wayne took over for Robert Livingston as Stony Brooke and starred in eight Mesquiteers films between 1938 and 1939, he was joined by Ray Corrigan as Tucson Smith and Max Terhune as Lullaby Joslin for the first six and Raymond Hatton as Rusty Joslin for the last two... all eight films and John Wayne's portrayal of the outlaw gunfighter, The Ringo Kid, made him a superstar and ended Wayne's Stony Brooke run... Livingston was rehired as Brooke and went on to make fourteen more Mesquiteers films for an incredible total of twenty-nine. In Frontier Horizon, aka New Frontier (the final Wayne Mesquiteers film) - planning to build a reservoir on the site, the state government has condemned the town of New Hope and surrounding ranches. The state intends to compensate the landowners fairly, but a crooked real-estate promoter has different plans. The landowners lead by our three heroes ride into action, fighting back against the state and the crooks. Featuring Jennifer Jones (Duel In The Sun) in her screen debut, billed under her real name of Phyllis Isley.