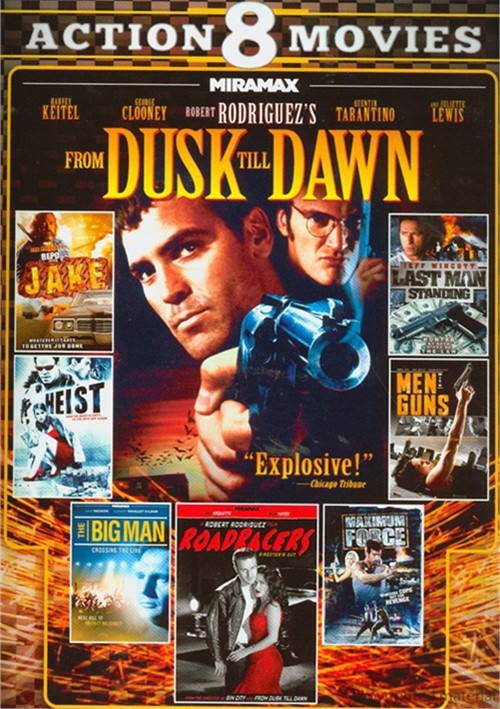 Two kidnappers (George Clooney and Quentin Tarantino) take their hostages to a seedy Mexican bar where they face its blood-thirsty clientele.

The top dog in the repo business (Dan Haggerty) tries to balance his high-speed life with the pursuit of a lovely lady.

Two brothers plan a daring heist to pay back a Colombian drug cartel and save their lives.

The Big-Man: Crossing The Line

Dude (David Marquette) has been racing through life with a fast car, a sexy girlfriend (Salma Hayek) and a big mouth... until a confrontation ends with deadly threats.

An honest cop takes on the dangerous job of exposing his corrupt colleagues who have been stealing crime scene cash.

Eddie Goldman and Richard Lucas are small-time hustlers who unexpectedly land in a set-up.

Three cops team up to take down a crime kingpin who has personally affected each of their lives. Co-starring Mickey Rooney.