DeSean Jackson: The Making Of A Father's Dream 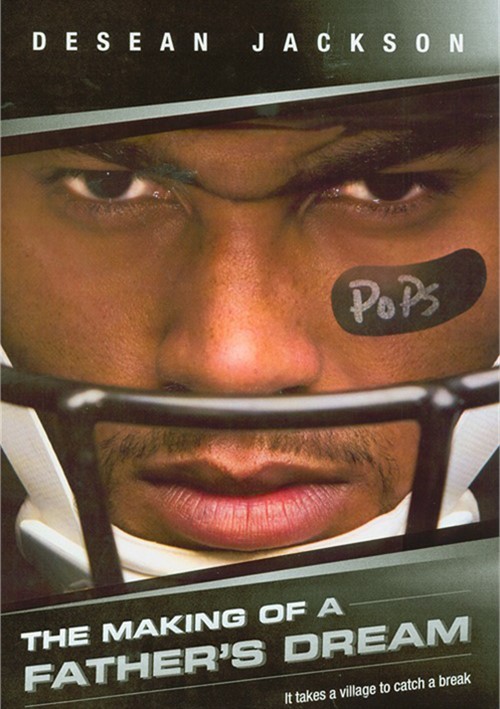 It takes a village to catch a break

This epic chronicle of faith and family will take you from Pop Warner to the Pro Bowl through the life of NFL wide receiver DeSean Jackson.

Filmed over 18 years by his older brother Byron, himself a one-time NFL prospect, the story centers on the dream of their father, Bill Jackson, to one day see his sons play pro ball, and the choices and sacrifices he makes to get there. Bill adopts a family of football mentors for DeSean who become like brothers as they raise this eager young kid on a steady diet of pro-level workouts and character building, the master plan for the making of a future 'first rounder.'

But life has a habit of getting in the way of dreams, and Bill himself turns out to be the biggest threat to his son's success... until his own mortality is suddenly at stake, leading to a stunning culmination unlike any sports documentary that's come before.

Review "DeSean Jackson: The Making Of "

Reviews for "DeSean Jackson: The Making Of "