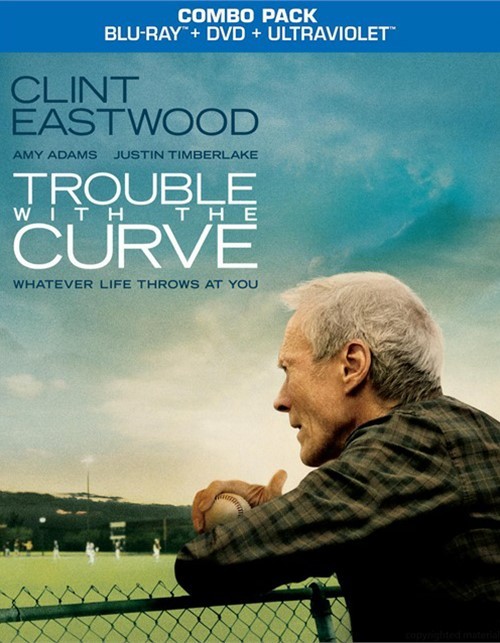 Whatever life throws at you

Gus Lobel (Clint Eastwood) has been a top baseball scout for decades, but age has caught up with him. He refuses to be benched for what could be the final innings of his career. The Atlanta Braves' front office is questioning his judgment, especially with a hot batting phenom on deck for the draft. Enter Gus's estranged daughter, Mickey (Amy Adams), an ambitious attorney on the partner track who joins him on a scouting trip, jeopardizing her own career to save his. Justin Timberlake also stars as a rival scout with his sights on a career in the announcer's booth - and his eyes on Mickey - in an entertaining tale "filled with heart, humor and fantastic acting." - Pete Hammond, Boxoffice Magazine

Trouble With The Curve: For The Love Of The Game - Amy Adams and Justin Timberlake Talk about Secretly Identifying With Their Characters
Trouble With The Curve: Rising Through The Ranks - Take A Front Row Seat As Clint Eastwood And Rob Lorenz Discuss Their Twenty Years Of Making Films Together, Culminating In Lorenz's Directorial Debut

Review "Trouble With The Curve (Blu-ra"

Reviews for "Trouble With The Curve (Blu-ra"