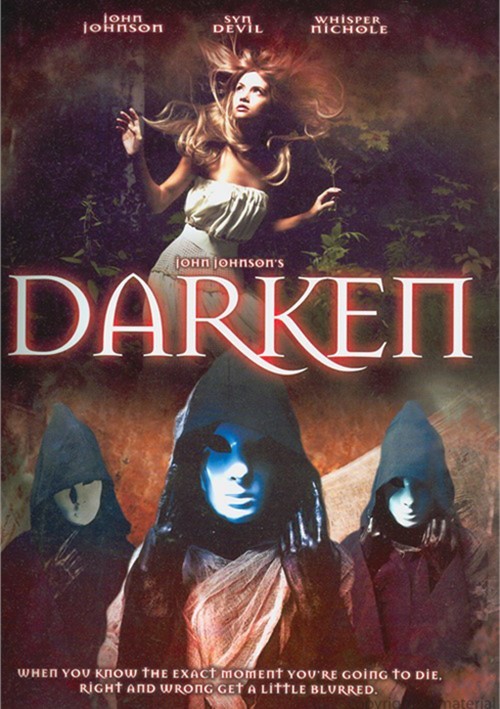 When you know the exact moment you're going to die, right and wrong get a little blurred.

Roy Logan is an average guy who works as a bouncer in a local bar and grill, but every night when he goes to sl--p he has the same disturbing dream. He sees and feels himself dying - always in the same way and the same place - over and over and over again.

Seeking a solution for this unusual problem, Roy consults Dr. Enrich Eisenhart, who among other things is a college professor, mystic, and student of the occult. Roy is told by the doctor that he has been born with both a blessing and a curse. A phenomenon known as the darken. Those who carry this stigma are marked by fate, destined to live until a predetermined time and place are reached. Those born to carry the darken are given foreknowledge of their oncoming death - usually in the form of dreams.

Roy resists the idea but soon comes to learn that not only is it a reality but he has also been cast into a series of profound events concerning the struggle of good and evil. He encounters a young girl named Rhea who is being pursued by a very evil man who will stop at nothing to get her. And Rhea is no ordinary girl.