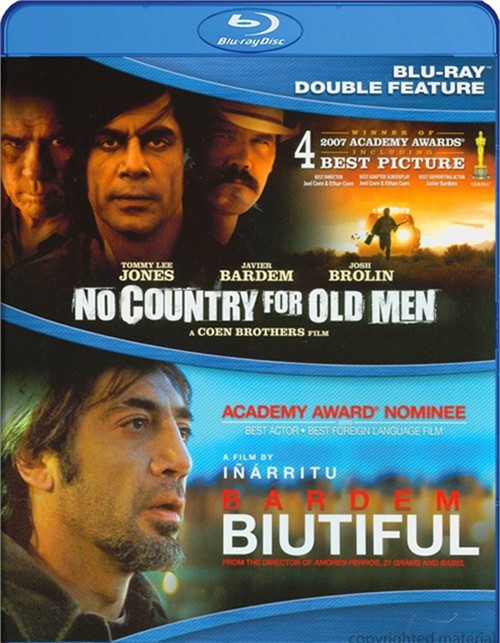 Academy Award nominee Javier Bardem is Uxbal, a man on the wrong side of the law who struggles to provide for his children on the dangerous streets of Barcelona. As fate encircles him, Uxbal learns to accept the realities of life, whether bright, bad - or biutiful - in this unforgettable Academy Award-nominated film from director Alejandro GonzÃ¡lez IÃ±Ã¡rritu (Amores Perros, 21 Grams and Babel).

Acclaimed filmmakers Joel and Ethan Coen deliver their most gripping and ambitious film yet in this sizzling and supercharged action- thriller that won a 2007 Actor in a Supporting Role Oscar for Javier Bardem. When a man stumbles upon a bloody crime scene, a pickup truck loaded with heroin, and two million dollars in irresistible cash, his decision to take the money sets off an unstoppable chain reaction of violence. Not even West Texas law can contain it. Based on the novel by Pulitzer Prize-winning author Cormac McCarthy, and featuring an acclaimed cast led by Tommy Lee Jones, this gritty game of cat and mouse will take you to the edge of your seat and beyond, right up to its heart-stopping final moment.