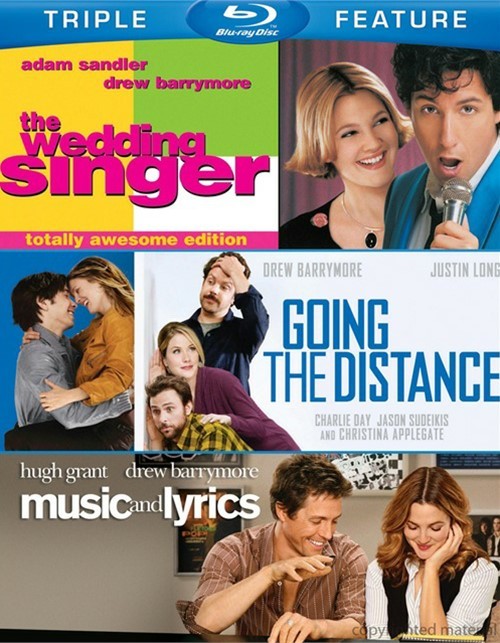 Robbie (Adam Sandler) is a wedding singer, able to charm even the most reluctant Aunt Tilly into a dance. Julia (Drew Barrymore) is a waitress at parties where Robbie sings. The Wedding Singer is a goofy, charming throwback look at the '80s. But a romance - and movie - like this is made to last.

Erin (Drew Barrymore) and Garrett (Justin Long) strike up a summer fling in New York City, but neither expects it to last once Erin heads home to San Francisco and Garrett remain behind for his Big Apple job. But after six increasingly romantic weeks, neither is sure they want it to end. And helped by a lot of texting, sexting and late night phone calls, they might actually go the distance.

When a tween-queen diva asks has-been '80s pop sensation Alex Fletcher (Hugh Grant) to write a song, he grabs for another chance at stardom. Problem: Alex can say it with music, but not with words. Enter his beguiling if quirky plant lady Sophie (Drew Barrymore), who has a green thumb for lyrics. Together, they go after songwriting success - and learn that to write the perfect love song, it helps to fall in love.