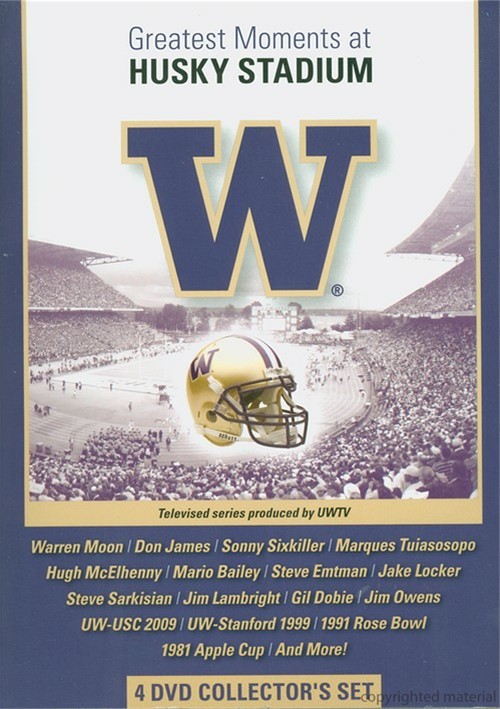 Relive record-setting performances and historic events from every era in Husky football - from Gil Dobie's 39-game winning streak and President Warren G. Harding's final public address, to the 1977 ride to the Rose Bowl and Jake Locker's finest moment at home in 2009.

With an illustrious history and 2012 renovation of Husky Stadium, this special collection recognizes the defining moments of the first 91 years on Montlake. Greatest Moments At Husky Stadium takes fans through the key plays, amazing athletic performances and legendary coaches that made Husky Stadium such an important part of the UW lore.

Fans will get a behind-the-scenes look by going into the locker room and onto the field with the stories from the players, coaches and the media. With rarely seen archival footage and photos, you'll hear personal stories about what made games like the 1977 Apple Cup and Marques Tuiasosopo's 300/200 game so special. Featuring Husky greats Warren Moon, Don James, Jake Locker, Sonny Sixkiller, Damon Huard, Marques Tuiasosopo, Jim Lambright, Steve Sarkisian, and many, many others!