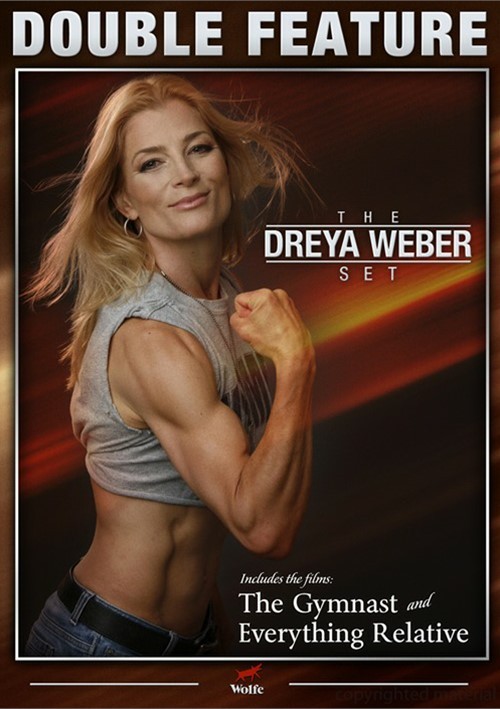 Popular actor, aerialist and P90X fitness model Dreya Weber heats up the screen in two of her top motion pictures. Enjoy her athletic exploits as aerialist Jane Hawkins in the wildly popular romantic drama, The Gymnast; and savor her turn as the charming daredevil Luce in the hilarious lesbian reunion classic, Everything Relative.

A visually stunning film about hope, second chances, and finding the courage to defy gravity. Talented Jane Hawkins (Dreya Weber) was an impressive gymnast at the top of her game until a devastating injury ended her career. Years later, a chance meeting sets Jane on a new path - performing a cirque style aerial act with a mysterious dancer named Serena (Addie Yungmee). As the stunning pair prepares for a Las Vegas show, the pull between them becomes increasingly unavoidable.

This provacative and sexy romantic comedy was dubbed "the lesbian Big Chill." A wonderfully eclectic group of women who went to college together reunite when two of them have a naming ceremony for their newborn baby. Quick-witted repartee reveals with irony, humor and a touch of nostalgia for the '70s how all of their lives, their politics and their loves have changed. Special Unrated Directors Cut!

Reviews for "Dreya Weber Set, The"