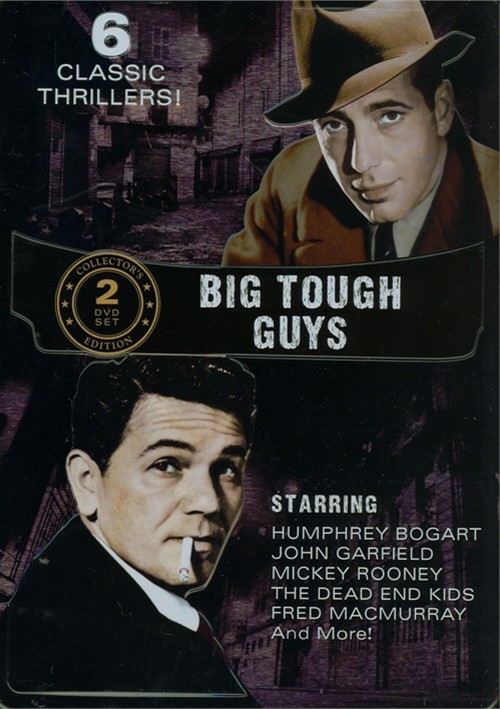 Misadventures and double-crosses abound when a rogue's gallery of international crooks embark from a Mediterranean port for Africa to gain control of uranium-rich land.

A nightmarish maelstrom erupts after a shell-shocked war veteran (Robert Cummings) takes a gig as the chauffeur for a vicious gangster.

A skirt-chasing auto mechanic (Mickey Rooney) sinks deeper and deeper into a dark world of crime and sex after committing a petty theft to take a trashy blonde (Jeanne Cagney) on a date.

They Made Me A Criminal

Framed for murder, a hard-drinking boxer (John Garfield) hides out on a work farm staffed by juvenile delinquents and a beautiful country girl. But his sanctuary is threatened when he re-enters the ring for a charity boxing match.

Two Americans (Fred MacMurray, Claire Trevor), embroiled in a Mexican drug-smuggling ring, each suspect the other is involved - not realizing that they are both undercover agents!

In this ultra-noir masterpiece, a vacationing accountant (Edmond O'Brien) desperately retraces the last 24 hours of his life to discover his own murderer!