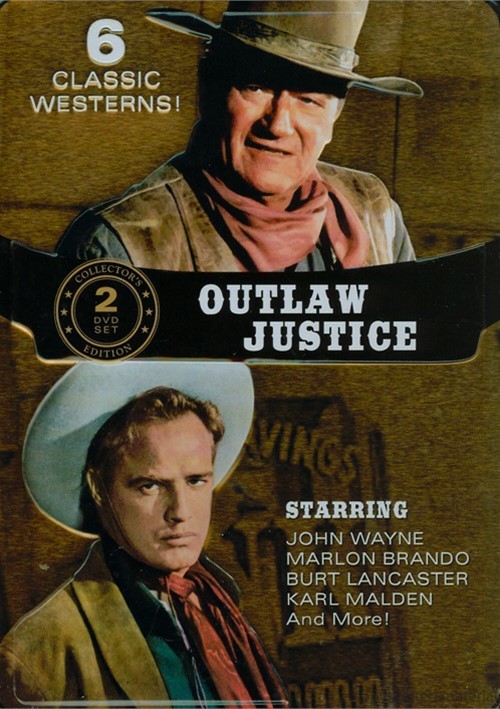 In this romantic-comedy western, a cattle baron (John Wayne) battles with his headstrong wife (Maureen O'Hara), his daughter, and a slew of scheming land grabbers.

After a beautiful Quaker girl nurses an outlaw (John Wayne) back to health, he must choose between revenge and love.

A government agent (John Wayne) goes undercover and becomes a convict in order to take down a gang of outlaws.

Undercover agent (John Wayne) is sent from Washington to discover who is f-rcing loyal ranchers off their lands.

After robbing a bank, Kid Rio (Marlon Brando) is double-crossed by his partner Dad Longworth (Karl Malden) and is jailed in a brutal Mexican prison. After five long years, Rio escapes and seeks revenge in Monterey where Longworth is married and also the town sheriff! Complications arise when Rio falls in love with his ex-partner's stepdaughter. Directed by Marlon Brando.

In this gorgeously filmed western, the "Cain and Abel" theme gets a Wild West twist. A cattle baron raises an orphaned boy, causing resentment from his own son. As the boys grow into manhood, the animosity festers into hatred until the real son discovers an opportunity to finally get his half brother out of the way so he can have his father's empire all to himself!