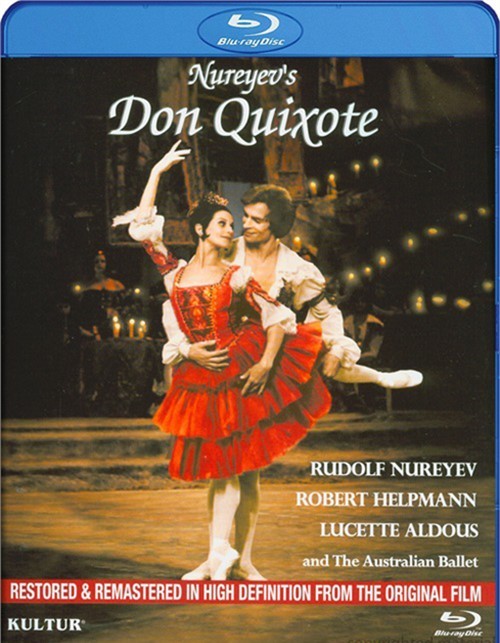 So elaborate was Rudolf Nureyev's vision of the Cervantes classic that his lavish film ballet ultimately required the facilities of an Australian airplane hangar to produce. Choreographed and co-directed by Nureyev, the film received its Sydney premiere in 1973.

This presentation of the Australian Ballet's thrilling performance has been digitally remastered and restored in high definition to its original glory.