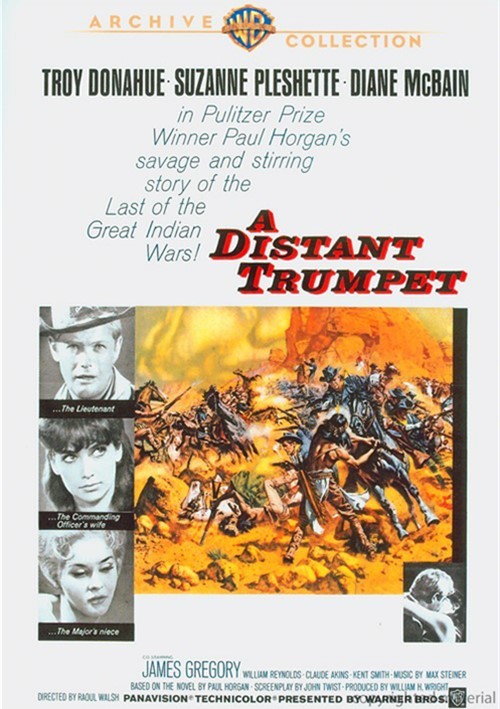 A Distant Trumpet sounds the call to action for a stirring, thunder-hooved tale of the West. Troy Donahue leads the charge at Lt. Matt Hazard, an idealistic West Point grad plunged into the last of the U.S. cavalry's Great Indian Wars. Assigned to Fort Delivery, Arizona, Hazard is tested in love, war and politics. He's engaged to one woman (Diane McBain) but falling for another (Suzanne Pleshette). His courage is proven during the fierce guerrilla campaign waged by Chiricahua Apaches and their chief, War Eagle. And he's the first to stand up for what's right when the U.S. violates its postwar pact with the Chiricahuas. Movie trailblazer Raoul Walsh closes a career of over 50 years with this hard-riding film whose dazzling vistas include the Southwest's Red Rocks and the spectacular quarter-mile wide Grand Falls.

Reviews for "Distant Trumpet, A"