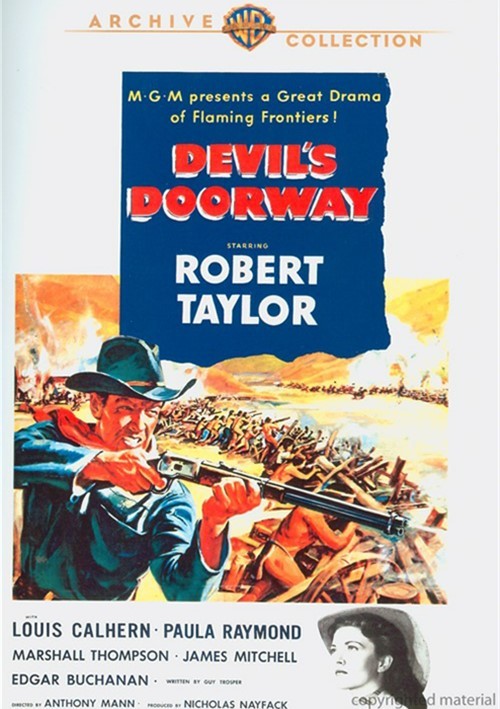 Shoshone tribesman and Civil War hero Lance Poole (Robert Taylor) returns home with a Congressional Medal of Honor on his chest and a saddlebag full of dreams about prospering as a cattleman on his family's land. But American Indians have no citizenship, no property rights. The courts, despite the efforts of Lance's attorney (Paula Raymond), offer no remedy. Lance and his people must fight to keep their land.

Devil's Doorway, the first of the dozen or so groundbreaking Westerns by filmmaker Anthony Mann (Winchester '73), is one of the earliest films sympathetic to Native Americans, standing alongside the same year's Broken Arrow. Perhaps not coincidentally, Lance Poole's tribal name is Broken Lance.