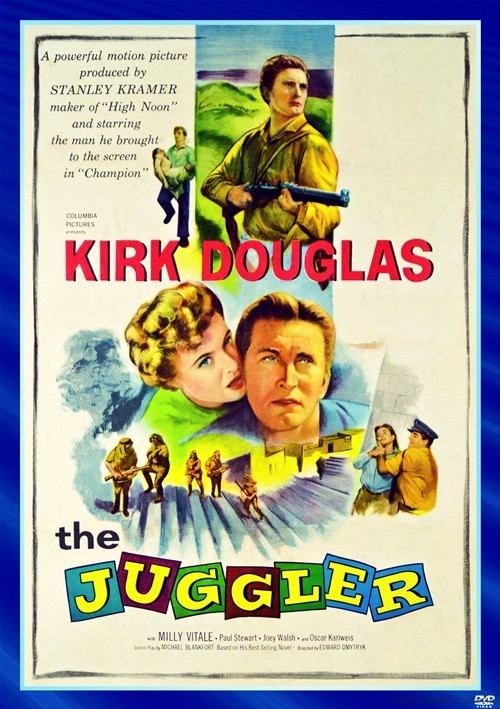 A once-famous juggler who survived after losing his family in the Nazi death camps, Hans Muller (Kirk Douglas) is just one of the thousands of refugees who have come to Israel following World War II. Confused and disoriented by his new surroundings, he instinctively attacks a police officer who asks to see his papers before fleeing into the countryside, landing at a kibbutz where he falls in love with Ya'El (Milly Vitale), a young farm worker who's committed to helping get the new Jewish state on its feet. But when he's tracked down by a detective (Paul Stewart),fearing a return to prison, Hans barricades himself inside a cottage, f-rcing Ya'El to convince him to come out and face the truth.

Reviews for "Juggler, The"