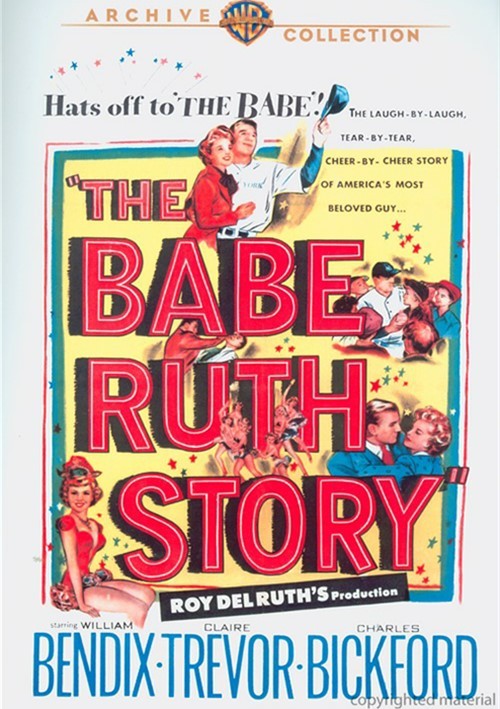 What do you do with a pitcher whose dominance has helped his team claim two world-championship banners? If the pitcher is burly lefty George Herman Ruth, you banish him from the mound, but a bat in his hand and watch him clout one record-setting home run after another. William Bendix suits up in Yankee flannels as the renowned pitcher-turned-outfielder and Sultan of Swat in a movie that mixes fact, fiction and more fiction in a way that makes it a bit of a novelty among sports biopics. Claire Trevor portrays the Babe's beloved wife. Fans of classic films and radio, plus baby boomers who were glued to the tube in the '50s, will remember Bendix for his performance as the likable lunk and family man of The Life Of Riley.

Reviews for "Babe Ruth Story, The"