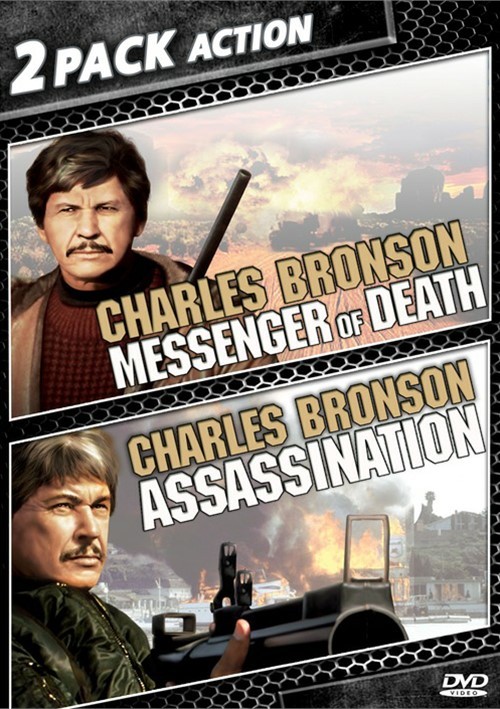 Two action-packed films with your favorite, Charles Bronson! Films include: Messenger Of Death and Assassination.

Charles Bronson stars as a crime reporter on a relentless search for the truth in this suspense thriller. Could a simple feud between brothers lead to the brutal massacre of an entire family? Garret Smith (Bronson) travels to a remote Rocky Mountain town to investigate and uncovers far more sinister motives. As he gets closer to the bizarre truth, Smith unravels a plot of greed, revenge and religious zealotry. But can he get to the bottom of the murders before an avenging angel visits him with an equally deadly message?

Action superstar Charles Bronson is at his rugged best as a man on a mission to protect the First Lady from ruthless assassins who will stop at nothing to kill her. When veteran Secret Service Agent Jay Killian (Bronson) is assigned to protect the president's pampered and difficult wife (Jill Ireland), he knows she will be a handful. But what he doesn't know is that the assassins are out to kill her. Not only must Killian use his lethal experience to shield the First Lady from danger, he must also do it while tracking her would-be murder.

Reviews for "Messenger Of Death / Assassina"