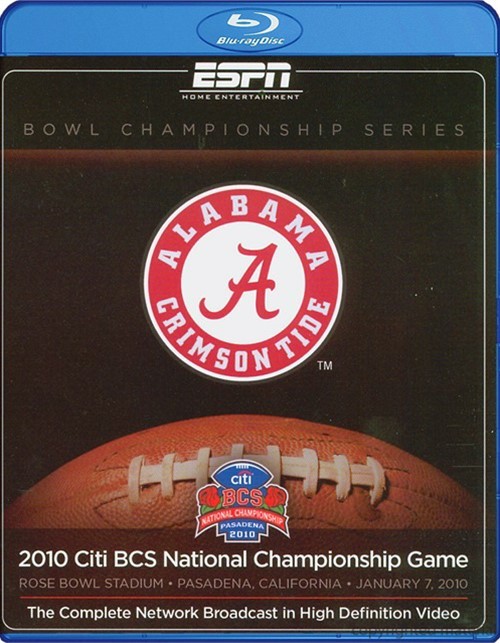 The Alabama Crimson Tide topped the Texas Longhorns 37-21 in the 2010 Citi BCS Championship Game to capture the school's eighth national championship and first since 1992. To accomplish this, the Tide followed the same formula that got them to the big stage a tough, physical defense to complement a strong rushing attack.

Alabama's offense controlled the ball on the ground consistently against the Longhorn defense that entered the game as one of the toughest in the nation against the run. Heisman Trophy winner Mark Ingram led the Tide with 116 yards and two touchdowns and Trent Richardson rushed for 109 yards and also added two scores.

Alabama appeared to have the game in hand with a commanding 24-6 halftime lead, but Texas rallied in the second half behind backup quarterback Garrett Gilbert. Gilbert, who entered the game after starting quarterback Colt McCoy was knocked out on the Longhorns' fifth offensive play of the game, threw two touchdown passes to wide receiver Jordan Shipley, who finished the night with 10 catches and 122 yards and two touchdowns, to bring Texas back to within 24-21. But the Tide defense closed the door from there as a sack and fumble recovery deep in Longhorn territory led to Ingram's second touchdown, sealing the game.

The Official 2010 Citi BCS National Championship Blu-ray Disc includes the commercial free game broadcast as well as special bonus features. It is a great addition to any Alabama fan's collection.