Warriors Of Virtue: The Return To Tao / Beowulf 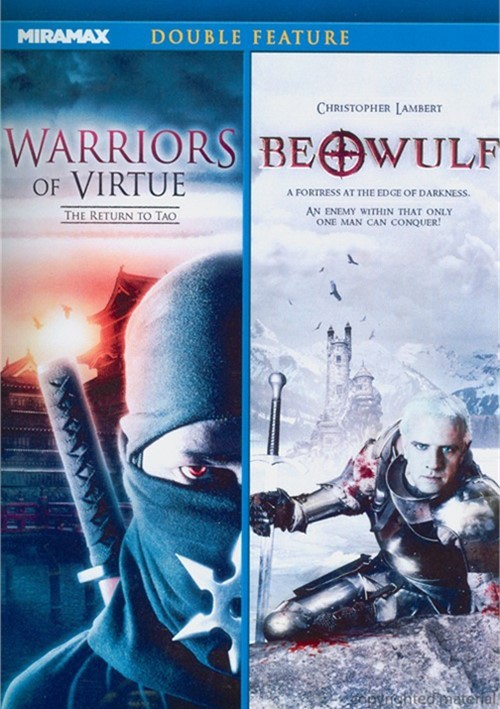 Warriors Of Virtue: The Return To Tao / Beowulf

Warriors Of Virtue: The Return To Tao

Sixteen-year-old Ryan Jeffers and his friend, Chucky, arrive at a martial arts competition in Beijing, China, prepared to fight. What they aren't prepared for is a trip to Tao, a parallel universe now controlled by the villainous Dogon (Smith). While in Tao, Ryan and Chucky get a lesson in what it means to be a Warrior of Virtue as they endure rigorous training and ruthless attacks. But before they can restore peace to Tao, they must defeat Dogon once and for all.

Christopher Lambert (Mortal Kombat) stars in this update of the classic poem set in a futuristic world of supernatural evil and inexplicable danger.

Torn from a legend whose roots are buried in the mists of time, Beowulf is half man-half god. Living in a medieval land where technology's secrets are locked away in a mute past, Beowulf fights his way through a besieging army and into a mysterious castle to face the ultimate evil - a beastly spawn of man and demon named Glendel. Now he must fight to the death in order to quell the raging violence hidden deep in his own bedeviled soul.

Review "Warriors Of Virtue: The Return"

Reviews for "Warriors Of Virtue: The Return"