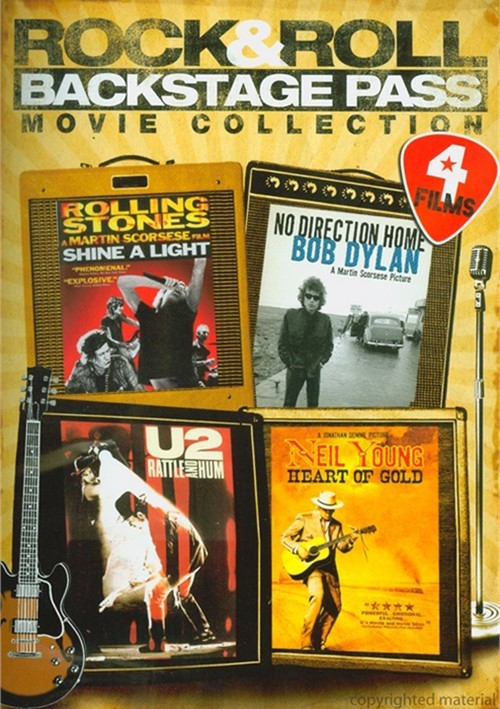 It's the rolling Stones - in a landmark musical event that captures all the fire, soul and raw power of the World Greatest Rock 'n Roll Band through the eyes and artistry of Oscar-winning director Martin Scorsese.

He is one of the most influential, inspirational and ground-breaking musicians of our time. Director Martin Scorsese bring us the extraordinary story of Bob Dylan's journey from his roots to his tumultuous ascent into pop stardom.

U2: Rattle and Hum

A concert movie on an unprecedented scale, Rattle and Hum captures U2 on and off the stage during their triumphant Joshua Tree tour. From the giant Technicolor stadium celebrations to the black and white intensity of the indoor shows, this is U2 at their best.

Documented by Oscar winning direction Jonathan Demme, Neil Young: Heart of Gold is an extraordinary musical portrait of an artist's soul and must have concert film for any serious music fan!

U2: Rattle And Hum
Theatrical Trailer

Neil Young: Heart Of Gold
"He Was The King"