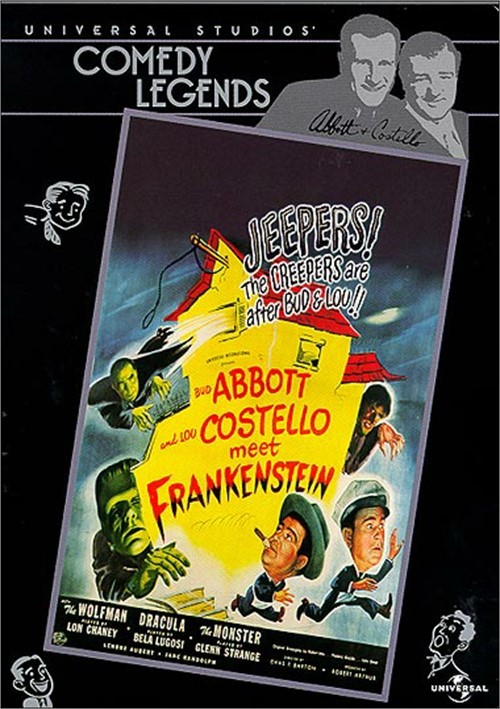 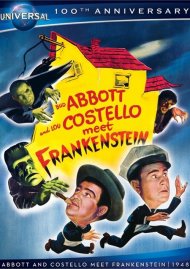 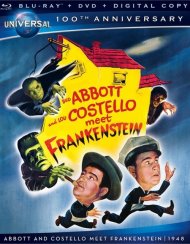 If you like Horror Classics, you'll love this laugh-fest with Abbott and Costello!

Abbott and Costello Meet Frankenstein continues the horror-comedy series and features "the boys" with their usual quota of familiar routines providing the backbone of the plot by becoming Count Dracula's victim for a brain transplant. Lon Chaney, Jr. appears as the Wolf Man along with Dracula played by Bela Lugosi and Glenn Strange as the Frankenstein monster.

Abbott and Costello, as railroad baggage clerks, receive a strange shipment - the last remains of Dracula and Frankenstein's monster. But this deadly duo is still very much alive. So when the shipment arrives at the House of Horrors, the Monsters are not in their crates but have disappeared to a secret hideaway island. Blamed for the disappearance, Abbott and Costello follow their trail to the island where not only do they meet up with Dracula (Bela Lugosi) and the Monster (Glenn Strange), but a Mad Scientist wants to switch Costello's brain with that of the Monster. With everyone chasing each other, the Wolf Man (Lon Chaney, Jr.) shows up to scare them all. In the end everything works out: Costello finds romance and the Monsters find their final resting places...or do they?