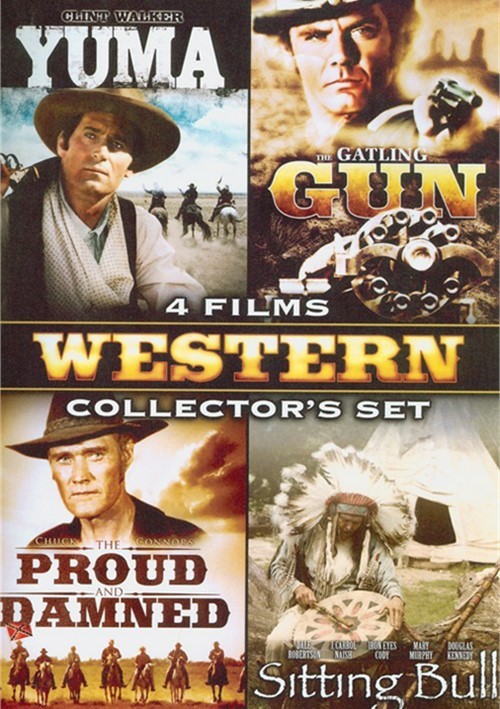 U.S. Marshal Dave Harmon has been appointed by the Governor to bring order to the Yuma Territory - an area known for running off any lawman who dares to bring the rowdies to heel.

When a small band of cavalry - transporting the newfangled gun to their fort - cross hostile territory, they find themselves in a battle with a tribe of Apache Indians hell-bent on confiscating the weapon.

The Proud And The Damned

Five Confederate veterans - shaped by their experiences in the Civil War - have discovered that their only skills are mercenary. After heading south to ply their trade, they find themselves engaged in a struggle between a military dictator and the people of a small village.

General George A. Custer - spurred on by anti-Indian hatred - engages the proud Chief Sitting Bull in the climactic and ill-fated Battle of the Little Big Horn.