Man From Oklahoma, The / The Three Musketeers Of The West (Double Pack) 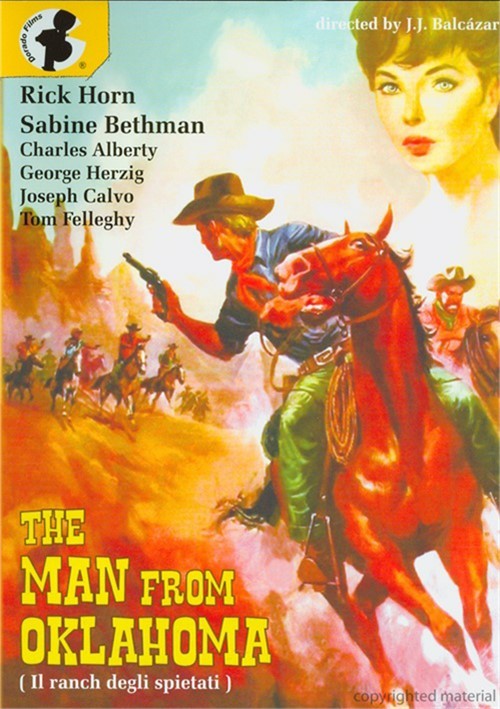 Man From Oklahoma, The / The Three Musketeers Of The West (Double Pack)

The Man From Oklahoma

It becomes evident that all the crimes are related, but can Oklahoma find enough evidence to convict the crooked banker (Tom Felleghy, Ben And Charlie)? With his wily deputies at his side, Oklahoma weathers all the action and twists.

The Three Musketeers Of The West

A newly appointed Texas Ranger, Dart Junior (Timothy Brent of Street Law), discovers that a crooked banker (Eduardo Fajardo of Django) has employed an innocent looking doctor, Alice Fergussen (Karin Schubert of Ubalda All Naked And Warm), to smuggle an illegal shipment of gold to Mexico's cash-strapped dictator, President Ortega. Intent on thwarting the banker's dastardly plan, Dart Junior coaxes three legendary Texas Rangers out of retirement. However, when the newly revitalized trio - Mac Athos (George Eastman of Boot Hill), Aramirez (Leo Anchoriz of Kill Them All And Come Back Alone) and Portland (Chris Huerta of A Man Called Invincible) - find out about the gold, they decide to abandon Dart Junior and grab the illicit bullion for themselves.

Review "Man From Oklahoma, The / The T"

Reviews for "Man From Oklahoma, The / The T"